A 39-year-old Japanese man with no past medical history and no symptoms was found to have a high serum CA19-9 level during a routine medical examination in February 2019. He received a test of serum tumor maker first time. He had abdominal ultrasonography at nearby clinic, but the examination showed no abnormal findings. Then, he was referred to our hospital to receive additional evaluation. His serum CA19-9 level was reexamined in our hospital and was found to be high at 571.3 U/mL. Further examination by abdominal computed tomography (CT), re-ultrasonography, and gastrointestinal endoscopy showed no abnormal findings and we could not find the cause of the elevation of that maker. However, chest enhanced CT which was performed simultaneously with abdominal CT revealed anomalous systemic arterial supply to the basal left lung segment and consolidation of the left lower lung segment incidentally (Figure 1A,B). At that time, we did not consider that this lesion was associated with the elevated serum CA19-9 level. But we decided to operate on the lesion due to risk of hemoptysis, lung infection, future pulmonary hypertension, and others. We performed wedge resection of the left lung (S10) and stapling of the abnormal artery at June 2019. The postoperative course was uneventful, and the patient was discharged on postoperative day (POD) 7. After the operation, his serum CA19-9 level gradually decreased and finally normalized at 9.3 U/mL on POD 60 (Figure 2). The postoperative pathological findings included bronchiectasis presenting as multiple cystic lesions filled with mucus from the resected left lower lobe and positive CA19-9 immunohistochemical staining of the ciliated cylindrical epithelium and mucus (Figure 3A,B,C). We present this case’s timeline (Figure 4). All procedures performed in studies involving human participants were in accordance with the ethical standards of the institutional and/or national research committee(s) and with the Helsinki Declaration (as revised in 2013). Written informed consent was obtained from the patient. 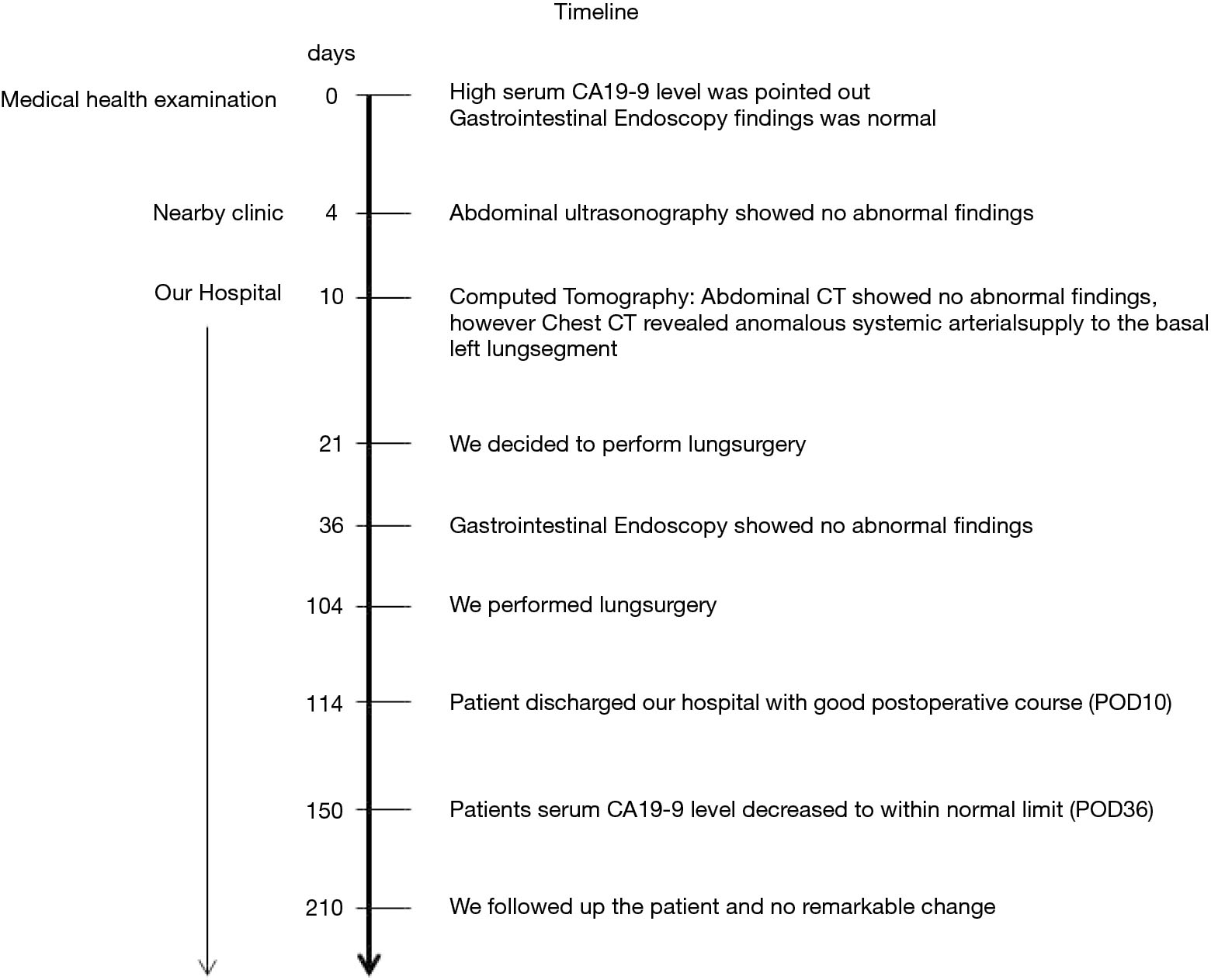 Figure 4 The timeline of this case’s examination and treatment.

Anomalous systemic arterial supply to the basal lung segments was previously recognized as traditional Pryce type I intralobar pulmonary sequestration (3,4). It is now considered a different disease from pulmonary sequestration and is classified as an independent disease (1). In this condition, there is no anomaly in the bronchial trees and venous drainage is normal; the left lower lobe is the most commonly affected site (5).

Most patients are asymptomatic; however, some patients have clinical symptoms such as hemoptysis, lung infection, and coughing (1,5,6). Furthermore, in advanced cases, the condition can progress to pulmonary hypertension and heart failure caused by left to right circulatory shunt. Therefore, almost all patients require treatment including surgery (1,5). In the present case, we performed partial resection of the left lower lung lobe and stapling of the anomalous artery.

Moreover, CA19-9 is a useful tumor marker, widely used for screening, mainly in pancreatic cancer and in malignancies of the digestive and biliary tracts.

Elevation of CA19-9 levels has been reported in patients with nonmalignant lung diseases such as diffuse panbronchiolitis, bronchiectasis, and idiopathic pulmonary fibrosis (7,8). Previous studies have reported that there is a large amount of CA19-9 in the bronchial mucus even if the serum CA19-9 level is normal (9,10). The epithelial cells of the bronchioles produce carbohydrate antigen sialyl Lewis a and their hyperplasia and thickening lead to CA19-9 hypersecretion. Therefore, various nonmalignant medical conditions that lead to hyperplasia of bronchial gland epithelial cells can possibly involve high serum CA19-9 levels (11).

When referring to interlobar pulmonary sequestration, including anomalous systemic arterial supply to the basal lung segments, a few studies have reported elevation of serum CA19-9 levels. It is considered that the produced CA19-9 from the epithelial cells is concentrated in the mucus, inside the cyst, and then transferred into the bloodstream through mucosa injured by chronic inflammation (9,12).

In the present case, the histological findings showed bronchiectasis and positive immunohistochemical CA19-9 staining of the ciliated cylindrical epithelium and mucus at the site of the bronchiectasis. Therefore, the epithelial cells in this site produced CA19-9, which was concentrated in the mucus and then estimated that was released into the bloodstream.

This report is very interesting at the point that interlobar pulmonary sequestration, including anomalous systemic arterial supply to the basal lung segments, is cause for high serum CA19-9 level. However, this is a case report and there are not so many other reports which said the same phenomenon, so there is a limitation for mention the precise ratio of this occasion, or other potential factor associated with high serum CA19-9 level.

We consider that a high serum CA19-9 level is not always compatible with anomalous systemic arterial supply to the basal lung segment but can be caused due to lung lesions including bronchiectasis and hyperplasia of the epithelial cells of the bronchial glands. We believe that it is important to keep in mind that various benign lung diseases can cause high serum CA19-9 levels.

Reporting Checklist: The authors have completed the CARE reporting checklist. Available at http://dx.doi.org/10.21037/acr-20-35

Conflicts of Interest: All authors have completed the ICMJE uniform disclosure form (available at http://dx.doi.org/10.21037/acr-20-35). The authors have no conflicts of interest to declare.