The usual anatomical position of the gallbladder is to the right of the hepatic falciform and round ligaments, behind the IV and V segments of the liver (1) The left-sided gallbladder (LSG) is an unusual ectopic finding, located to the left of the liver ligaments, behind segment III (2). The first report of LSG occurred in 1886 by Hochstetter (3) found in autopsies. Later, in 1902, this condition was found for the first time, accidentally, during a laparotomy by Kehre (4), something that happens in 80% of the cases (5). The LSG can be subclassified into three types: (I) LSG by situs inversus viscerum; (II) LSG associated with right dislocation of the falciform ligament; (III) true LSG, with an incidence ranging from 0.04% to 1.1% of cases (1-6).

LSG is a typically intraoperative finding, given difficulties in observing it on imaging studies such as ultrasound (US), computed tomography (CT), and magnetic resonance (5). Gallbladder ectopy is often associated with structural liver changes (1), and in cases of surgery, the most commonly associated etiology is biliary lithiasis. Also, the case has simultaneity between anatomical alteration and the presence of true diverticulum, something more unusual. We present the following case in accordance with the CARE Guideline (available at http://dx.doi.org/10.21037/acr-20-55).

A 60-year-old male hypertensive with a history of pleural tuberculosis and biliary lithiasis was admitted to the Getúlio Vargas University Hospital complaining of severe pain in the right hypochondrium that started in the same month and irradiation to the epigastric region and his back worsened after a high-fat diet.

The patient denied episodes of crisis or previous hospitalizations, as well as cases of jaundice. On physical examination, the patient was in good general condition, oriented and hemodynamically stable; globose flabby abdomen, with no signs of peritonitis. Laboratory tests showed no changes, while abdominal US showed an image suggestive of biliary lithiasis.

We proceeded with the surgical approach for treatment with laparoscopic cholecystectomy associated with umbilical herniorrhaphy, as follows: supraumbilical arciform incision with release of the umbilical ligament and identification of 1.5 cm umbilical hernia, placing the trocar through it; the conventional technique using four trocars, two 10 mm (supraumbilical and subxiphoid) and two 5 mm (right hypochondrium and right iliac fossa); after making pneumoperitoneum and introducing an optic, an inventory was made, observing an ectopic gallbladder, located in the left hepatic lobe (Figure 1A), with thin walls and containing stones and a suggestive lesion of polyp on its fundus, measuring about 1 cm (Figure 1B); isolation of the cystic duct was performed with double proximal and single distal clipping with section between clips (Figure 2), followed by distal cauterization of the cystic artery and anterograde removal immediately afterward and without incident; umbilical hernia repair with Smead-Jones stitches and nylon 0 thread was performed.

Figure 1 Laparoscopic image of the gallbladder. (A) Gallbladder being pulled cranially and laterally, showing its position between the hepatic segments III and IV, with its bottom immediately medial to the round ligament, containing a diverticulum. (B) Lateral traction of the Hartman’s pouch was performed, exposing the previously clipped cystic duct. VB, gallbladder; D, diverticulum; DC, cystic duct; LR, round ligament; Seg, segment. 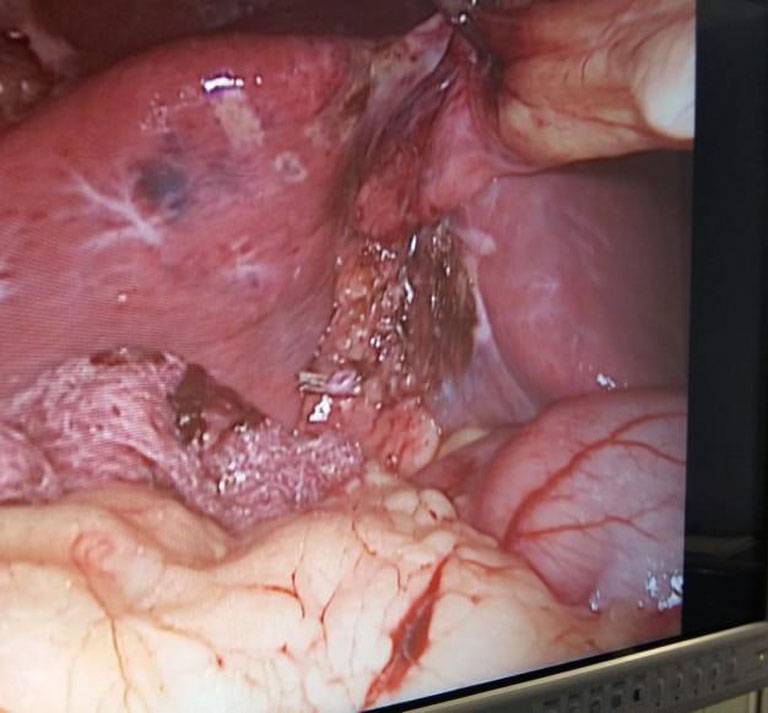 Figure 2 Exposure of the liver surface after the removal of the left-sided gallbladder.

The surgical specimen was sent to the pathology service for histopathological analysis (Figure 3), after issuing the report, a diagnosis of true gallbladder diverticulum was observed, discarding the hypothesis of polyp. 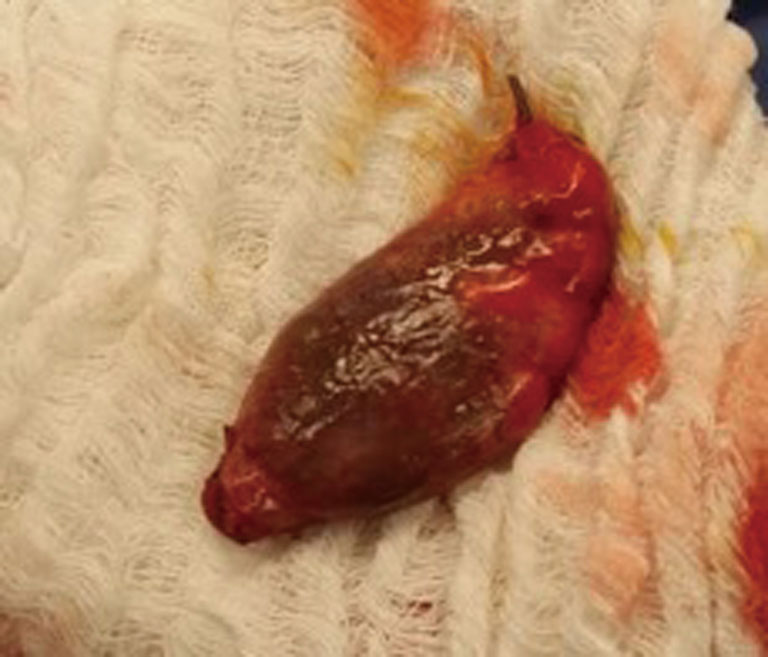 Figure 3 Diverticulum at the fundus of the gallbladder.

The patient was discharged the day after the surgery without any complications and was instructed to return to the outpatient level.

Written informed consent was obtained from the patient for publication of this case report and any accompanying figures.

Four positions for gallbladder ectopia are described in the literature: (I) intrahepatic; (II) LSG; (III) medium-positioned; and (IV) transverse or posterior (1,2). In the specific case of LSG, there can also be three other subclassifications: (I) derived from situs viscerum inversus, a condition which the incidence is thought to be in the range of 1:10,000 to 1:20,000, where the viscera of the abdominal cavity will be completely shifted, thus requiring a mirror image configuration of the normal laparoscopic cholecystectomy (6); (II) LSG associated with right dislocation of the falciform ligament, in which the gallbladder is located at segment IVb and requires special attention as the condition is typically associated with other anomalies of intrahepatic portal veins and intrahepatic biliary branches (7); and (III) true LSG, where the gallbladder will be located to the left of the liver’s ligaments (these being in their anatomical positions), behind segment III. The literature shows that true LSG is more associated with other structural changes in the biliary tree and also liver changes; the most commonly found is atrophy of segment IV (7). In the present case, there was no hepatic structural alteration, thus reducing the chance of iatrogenesis due to the incorrect identification of anatomical structures.

In the occurrence of true LSG, the literature mentions two alterations in the cystic duct that suggest theories for the origin of the anatomical alteration: a vesicle that migrated to the left hepatic lobe during its formation, therefore with a cystic duct of habitual location; a vesicle originating directly from the left hepatic duct, therefore with its cystic duct joining the common bile duct from the left of it. In the reported patient, we assume the migratory origin, since the cystic duct was in its usual position (8).

Among the hypotheses for the formation of this diverticulum, the literature mentions that the true diverticulum found at the fundus of the gallbladder is due to incomplete vacuolization during the embryonic period (11,13).

In most cases reported in the literature, the true diverticulum is only found after the surgical procedure is performed, and is not previously seen in imaging exams or associated with laboratory alterations. A unique case, however, reported by Basaranoglu and Balci [2006] (12), where a magnetic resonance cholangiopancreatography (MRCP) performed in a patient with recurrent pancreatitis attacks, obtained visualization of structural anomalies of the gallbladder tissue.

The highest care in the present case report was to correctly identify the altered structures and adjust the surgical technique in the best way possible. Literature reviews point out alternatives in the surgical technique, highlighting two: addition of extra trocars or mirror image configuration in laparoscopic cholecystectomy; use of techniques for manipulating the falciform ligament (with or without division), such as the falciform lift, where the ligament is pulled to the right and in the cranial direction, thus facilitating the identification of the structures and their division. Also point out the importance of a careful dissection of the Callot’s triangle, since an inadvertent transection of the common bile duct can result in a biliodigestive anastomosis. It is up to the surgeon to adapt the technique and have the support of a team experienced in hepatobiliary surgery to ensure patient safety, as well as minimize the chances of iatrogenic injuries (14,15).

Reporting Checklist: The authors present the study in accordance with the CARE reporting checklist. Available at http://dx.doi.org/10.21037/acr-20-55

Conflicts of Interest: All authors have completed the ICMJE uniform disclosure form (available at: http://dx.doi.org/10.21037/acr-20-55). The authors have no conflicts of interest to declare.

Ethical Statement: The authors are accountable for all aspects of the work in ensuring that questions related to the accuracy or integrity of any part of the work are appropriately investigated and resolved. All procedures performed in studies involving human participants were in accordance with the ethical standards of the institutional and/or national research committee(s) and with the Helsinki Declaration (as revised in 2013). Written informed consent was obtained from the patient for publication of this case report and any accompanying figures.